For fans of the Marvel Cinematic Universe, the wait is finally over; Avengers: Infinity War is in theaters. Since the release of Iron Man in 2008, Marvel has released 19 elaborately intertwined action blockbusters and they’ve all been leading up to the biggest and most ambitious comic book adaptation of all time.

Infinity War stars too many heroes to count. Even the actors are overwhelmed by the sheer size of the cast, and few of them seem to know how many co-stars they have. Despite the massive scale of the film, Marvel manages to develop complex narratives for nearly every character, including some who had not been fleshed out in previous movies. The heroes face moral conflict and question their priorities in just about every scene. Within this rapid-fire, high-stress environment, expect a few tear-jerkers. The film, while clearly fictional, tackles genocide as its main conflict and feels very heavy at times. Snappy banter in the first half of the film keeps Infinity War light on its feet, but it’s easy for viewers empathize with the struggles the characters face.

In addition to succeeding in character development for its protagonists, Infinity War’s villain, Thanos, is formidable. Obsessed with the idea of “balancing the universe,” Thanos seeks all six Infinity Stones to gain ultimate power and eventually wipe out half of existence. What complicates his character (and makes him all the more terrifying) are the motives behind this mission; Thanos seeks to end poverty, hunger, and overpopulation through genocide. It’s extremely difficult to watch Thanos swat away “Earth’s mightiest heroes” like flies throughout the film.

Despite its many successes, Marvel’s newest blockbuster feels a little like an inside joke. For those not well acquainted with the cinematic universe or the original comics, the massive scale of the movie may seem overwhelming. Before seeing Infinity War, consider doing a little homework and watch some movies to get caught up. And after you’ve seen Avengers, don’t spoil anything!

The entire cast and crew of the blockbuster was under wraps during filming and press tours to avoid spoilers, and spread #ThanosDemandsYourSilence through social media to prevent any leaks. The actors were exposed to the script in small pieces and with scenes taken out of context, so even the stars of the movie never knew what the full film entailed. “No spoilers!” warnings have been posted in the lobbies of many movie theaters in an attempt to give viewers the best experience possible.

With all of the secrecy surrounding the movie, the apprehension that had been growing since the release of the first trailer in December had reached its peak by the release date. This excitement also shows itself in the box office. The blockbuster smashed records by bringing in $630m in its opening weekend, and viewership will only increase as fans become more and more desperate to have their theories confirmed and questions answered.

What to watch before seeing Avengers: Infinity War

The backstory for each of the Infinity Stones can be found in the following movies: 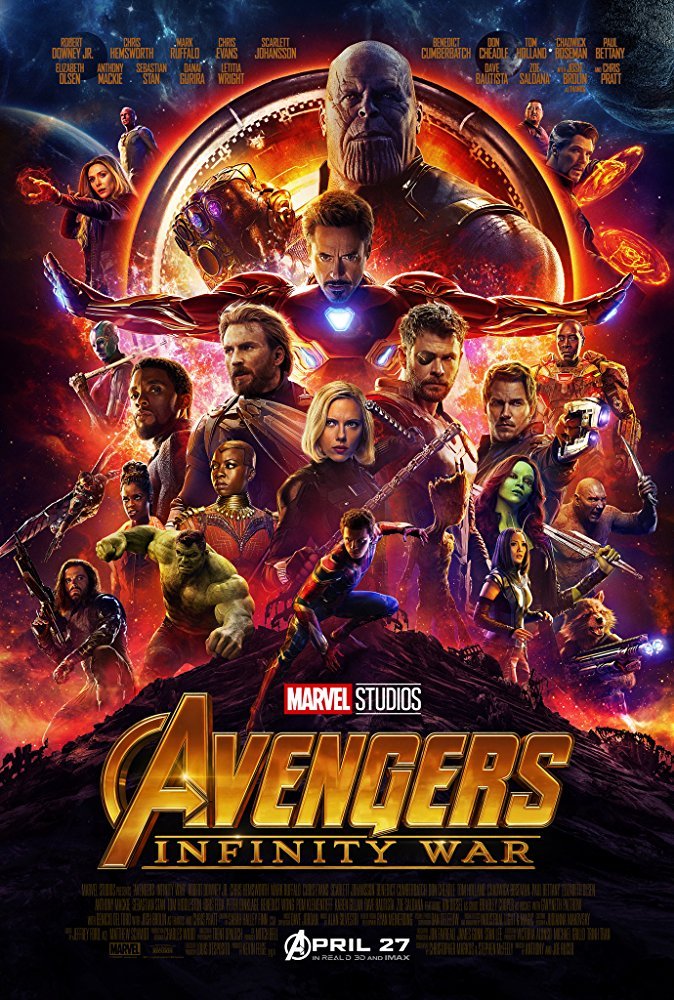 The Rubicon • Copyright 2022 • FLEX WordPress Theme by SNO • Log in

Comments are welcomed on most stories at The Rubicon online. The Rubicon hopes this promotes thoughtful and meaningful discussion. We do not permit or publish libel or defamatory statements; comments that advertise or try to sell to the community; any copyrighted, trademarked or intellectual property of others; the use of profanity. Comments will be moderated, but not edited, and will post after they are approved by the Director of RubicOnline.  It is at the discretion of the staff to close the comments option on stories.
All The Rubicon Picks Reader Picks Sort: Newest

This site uses Akismet to reduce spam. Learn how your comment data is processed.